While IoT is continually hyped there is still much uncertainty around it for many companies. Either way, businesses, big and small are eager to grab a piece of this growing market. What will the applications look like and to what degree will they be accepted, whether in the home or within industry? That’s why it’s vital that there are good, low-cost platforms that enable developers to play around and experiment with their IoT solutions. We’re excited to see then that Microchip, the leading manufacturer of microcontrollers, has announced two new MIPS-based rapid prototyping boards, all enabled for full 32-bit application development. One in its Curiosity PIC32MZ line and the other in its Curiosity PIC32MX series.

The PIC32MZ EF development board features a 200 MHZ PIC32 microcontroller (MCU), powered by a MIPS Warrior M-class M5150. Microchip released a new member of the PIC32MZ family back in September 2015 so it’s great to see another board featuring this chip appear on the market. Clocked at 200MHz the PIC32MZ-EF embeds the M5150 and features 2MB Flash, 512KB RAM, an integrated FPU and a Crypto accelerator, providing 330 DMIPS of peak performance. A Wi-Fi-N module is also included on the board. 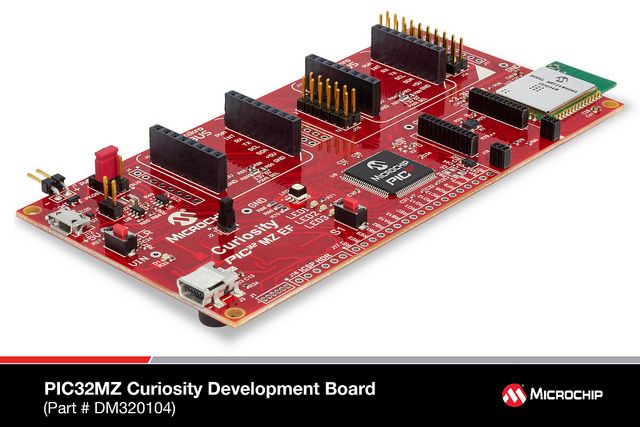 The PIC32MX470 Development Board features a 120 MHz MCUbased on the MIPS M4K core. With a fully-certified embedded Bluetooth module, backed by 512KB of flash and 64KB RAM, this board is primarily aimed at audio and Bluetooth applications as well as more generic projects. 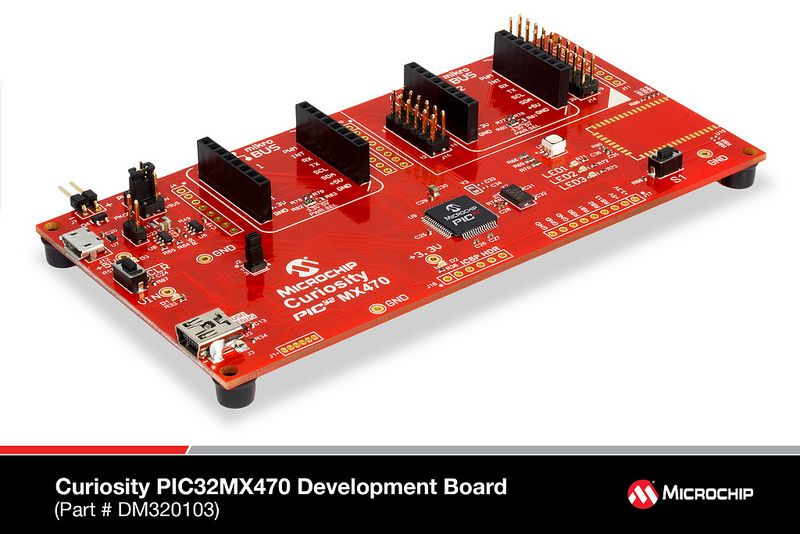 Both boards have USB connectors further enhancing connectivity options. They also feature mikroBUS expansion sockets, as used on the Creator i40, thus enabling the use of application-specific boards from MikroElektonica for system development and test.

The availability of these inexpensive Curiosity platforms for IoT and embedded development means you don’t have to develop your own boards and tools to get started on your IoT or embedded project, accelerating your time to market.

If you’re a developer interested in the new PIC32 family, follow Microchip Technology (@MicrochipTech) and Imagination (@ImaginationPR, @MIPSGuru, @MIPSdev) on Twitter and on  LinkedIn, Facebook and Google+ to get the latest updates on these MIPS-based MCUs.