Last week we saw the unveiling of the Green500 list, a biannual ranking of the most energy-efficient supercomputers in the world. A Japanese company called PEZY Computing dominates the list, occupying the first, second, third and fifth spots. The PEZY-SC2 SoC at the heart of these systems uses MIPS CPUs. Judging supercomputers by their energy efficiency is not the standard way to look at supercomputing, since HPC systems are generally all about pure performance. As such they consume a lot of power and generate a lot of heat (and are far from ‘green!’). But many companies see the value in achieving high performance while keeping power consumption to a minimum. To this end, the Green500 recognizes the leading systems in this area, looking not at all-out performance (that is ranked in a separate list called the TOP500) but instead at performance per watt. Based on the PEZY-SC2, the Shoubu System B is the number one supercomputer on the most recent list. The Shoubu System B achieves 17 gigaflops per watt – more than double what was achieved by its predecessor, which used PEZY’s previous generation PEZY-SC product. We talked a bit about that when PEZY switched to MIPS. The MIPS P6600 CPUs in the SC2 system (which replace the underwhelming competitor cores that were previously in the system), are members of the MIPS P-Class family, which represents the higher end of the MIPS performance spectrum. But these CPUs are balanced high-performance CPUs, letting customers create powerful multicore 64-bit SoCs with optimal efficiency. In the PEZY-SC2, the MIPS CPUs share memory space with the PEZY cores to increase performance and reduce data transfer overhead

PEZY-SC2 module card (source: PEZY)   Of course, the most energy efficient supercomputers aren’t achieved by slick processor architectures alone. In addition to PEZY’s large-scale many-core processors, the leading green supercomputers also make use of submersion liquid cooling systems created by PEZY’s sister company ExaScaler. The combined system – the ZettaScaler-2.2 – brings together two PEZY-SC2 chips with the cooling system solution from ExaScaler. You can read about the unique architectures of the PEZY-SC2 and ZettaScalar-2.2 on Wikichip – here and here. Motoaki Saito, M.D., Ph.D. is the Founder, President and CEO of both PEZY and ExaScaler. He is an inventor, an entrepreneur, a medical doctor, and a visionary. He speaks widely about exponential computing and the approaching technological Singularity – when the compute power of machines will surpass the combined intellectual capacity of all human beings. The term ‘Singularity’ was reportedly first used by John von Neumann in the 1950s, and reached the mainstream largely through Futurist Ray Kurzweil in his 2005 book ‘The Singularity is Near: When Humans Transcend Biology.’ More recently, Kurzweil was interviewed at the SXSW Conference, and shared his latest views on the topic. 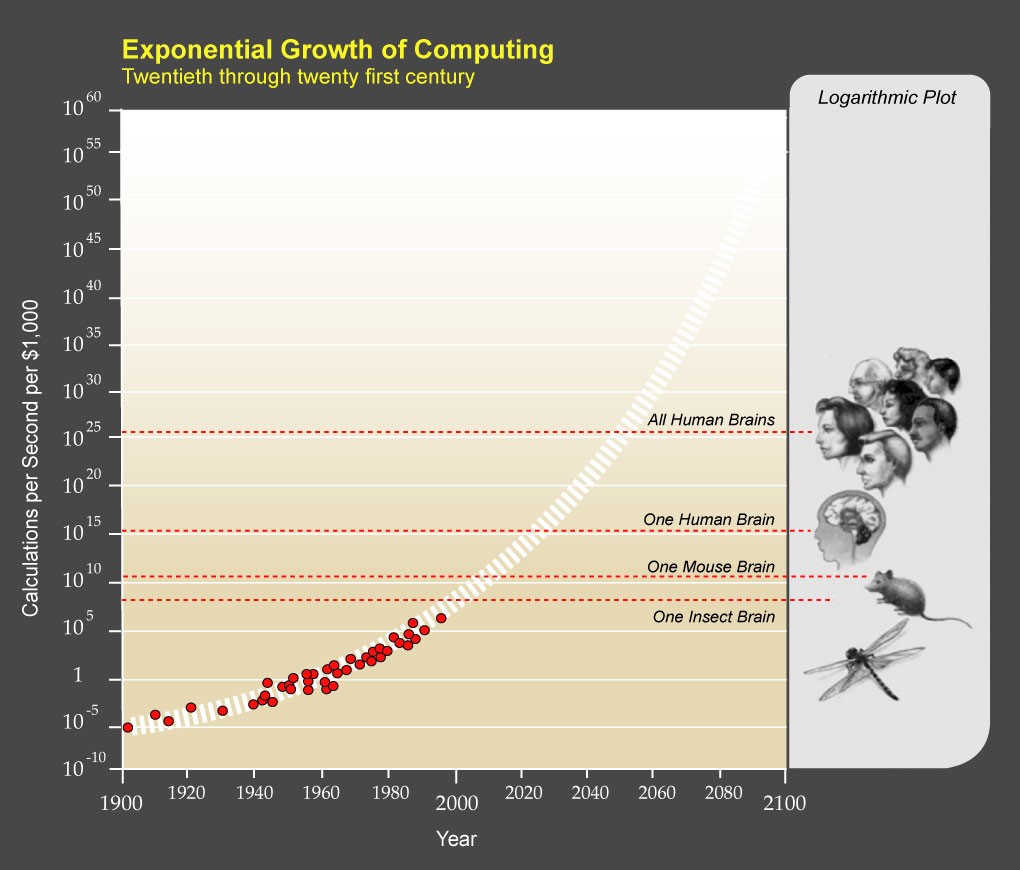 Countdown to the Singularity* (source: singularity.com)   We asked Dr. Saito for his thoughts on the future of supercomputing, and here’s what he had to say: “Many futurists see the Singularity occurring around 2045, but I believe it will occur much sooner – perhaps by 2030. This will be driven by commercial and military interests, and by massive increases in computing power. Our teams at PEZY and ExaScaler will deliver extremely powerful AI engines and ExaFLOPS supercomputing technology in next few years – so it’s happening faster than most people think.” Regarding his use of MIPS in the SC2, Dr. Saito said: “MIPS is a perfect choice for PEZY as we continue to drive toward efficient ExaFLOPS supercomputing. For several decades the MIPS architecture has powered products that deliver a combination of high performance and leading power efficiency. In addition, as partners, PEZY and MIPS share a vision for the future in which artificial intelligence can augment human intelligence to create a better society.” Dr. Saito also pointed out that he believes PEZY can ultimately eliminate the large host processor in the SC2 system (replacing it with MIPS) – so that’s something we can look forward to. In the meantime, if you are interested in learning more about the Singularity, check out the Singularity Hub (make sure to read the article ‘Technology Feels Like It’s Accelerating — Because It Actually Is’) and The Singularity Weblog – Start here. When do you think the Singularity will occur?     * courtesy of Ray Kurzweil and the Kurzweil Institute, via Wikimedia Commons