When we think of the IoT market, most of us imagine a homogenized architecture where anything and everything is connected to the internet and to each other. The reality however is that the multiple IoT ecosystems emerging recently have had very different requirements, creating a fragmentation of the IoT industry that is affecting everyone in the manufacturing supply chain.

Several new approaches have been announced at addressing this challenge; the latest example comes from the TRON Forum and is called the Open IoT Platform (press release in Japanese).

The TRON Forum is a project launched in 1984 by Prof. Ken Sakamura of the University of Tokyo that aims to build an open architecture for embedded systems. Rather than imposing a closed ecosystem of hardware and software requirements, its founders have defined a set of interfaces that ensure broad interoperability between the various devices supplied by different vendors. 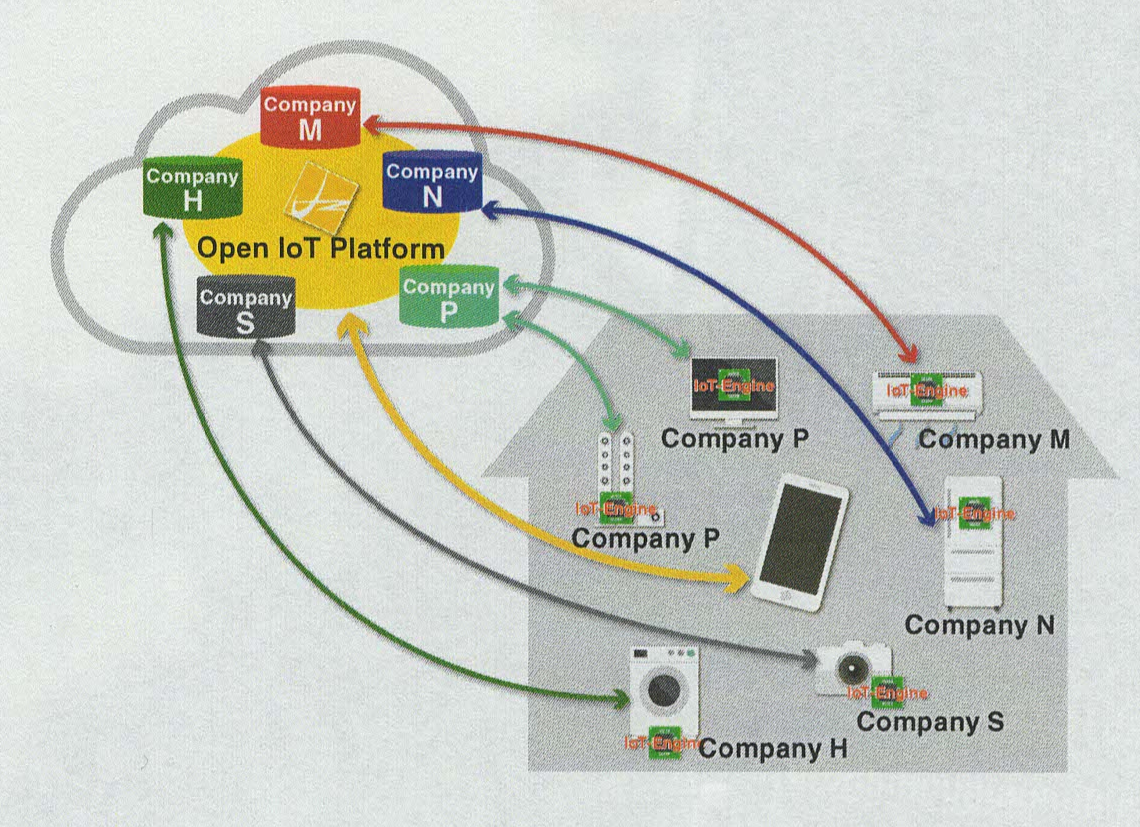 An IoT-Engine is a generic hardware module that adheres to certain mechanical and electrical specifications; these include: 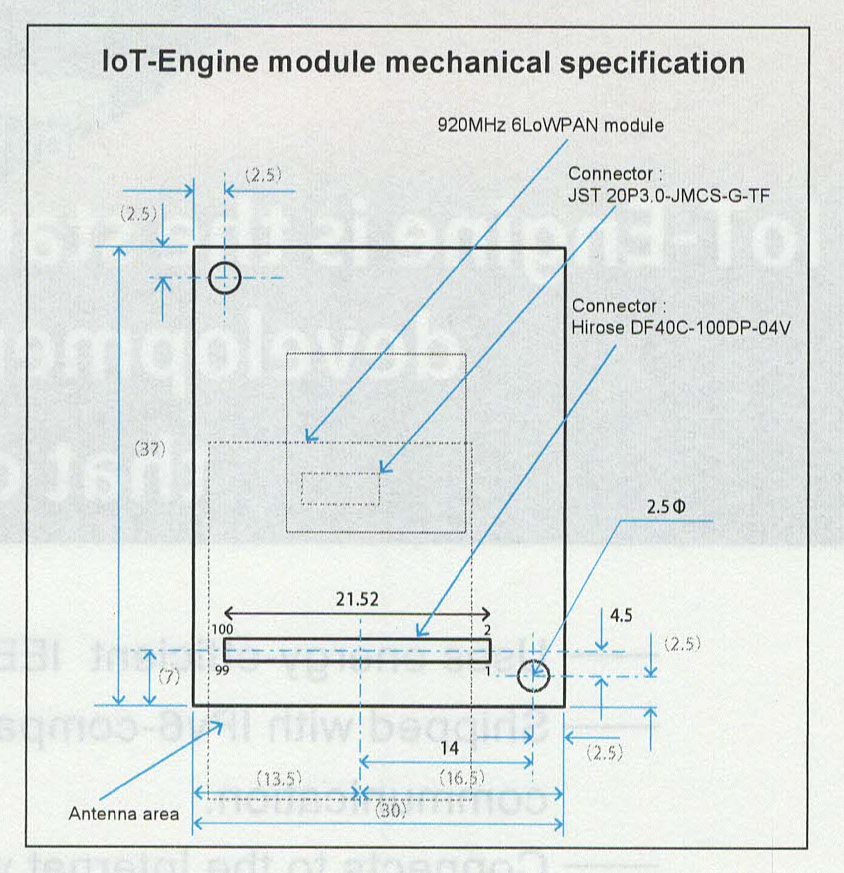 Software-wise, each IoT-Engine must include support for the Open IoT Platform firmware; adopt the μT-Kernel 2.0 developed by the TRON Forum as the standard operating system; implement the 6LoWPAN for IPv6 communication stack; and use the UDP/TCP part of the communication stack for the transport layer protocol.

If the above specifications are met, then the real device object is allocated a virtual image in the Open IoT Platform cloud called a virtual device object. Developers then establish a secure communications channel between the IoT-Engine and the cloud.

Essentially, this architecture moves most of the processing overhead associated with the control of an IoT device to the cloud, leaving the IoT nodes to run very lightweight applications. End users of IoT-Engine-equipped products can connect Open IoT Platform-compatible products to the corresponding cloud services through simple operations. These products can then communicate and collaborate with each other even when they are using hardware and cloud software from different vendors.

One of the first IoT-Engines to support the Open IoT Platform is a module from Microchip Technology incorporating a PIC32MZ EF microcontroller which uses the MIPS M5150 MCU from Imagination. The board also integrates 128 KB of RAM and 512 KB of flash memory as well as many peripheral I/O interfaces that are ideal of the kind of low power processing required for an energy-efficient IoT node. 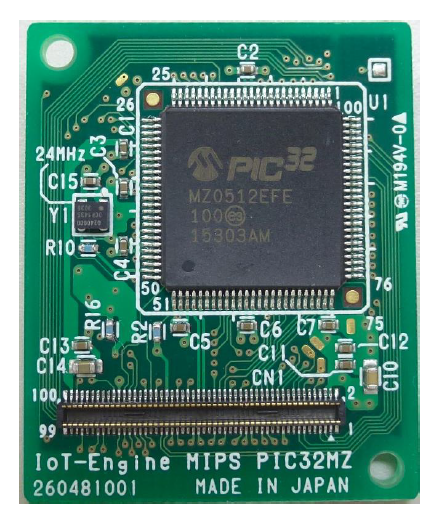 Imagination welcomes the principles behind this newly formed Open IoT Platform. The foundation ensures absolute ISA neutrality across a range of CPU architectures, ensuring that no hardware vendor gets privileged access to the cloud software. This allows IoT-Engine providers and the CPUs they choose to use compete solely on the merits of their hardware performance, power/workload efficiency and security.