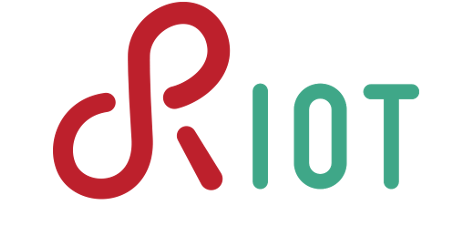 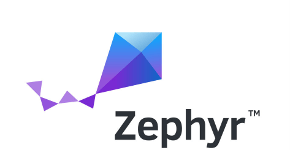 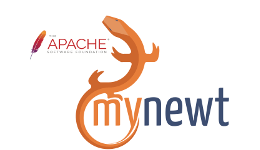 How the components fit together… 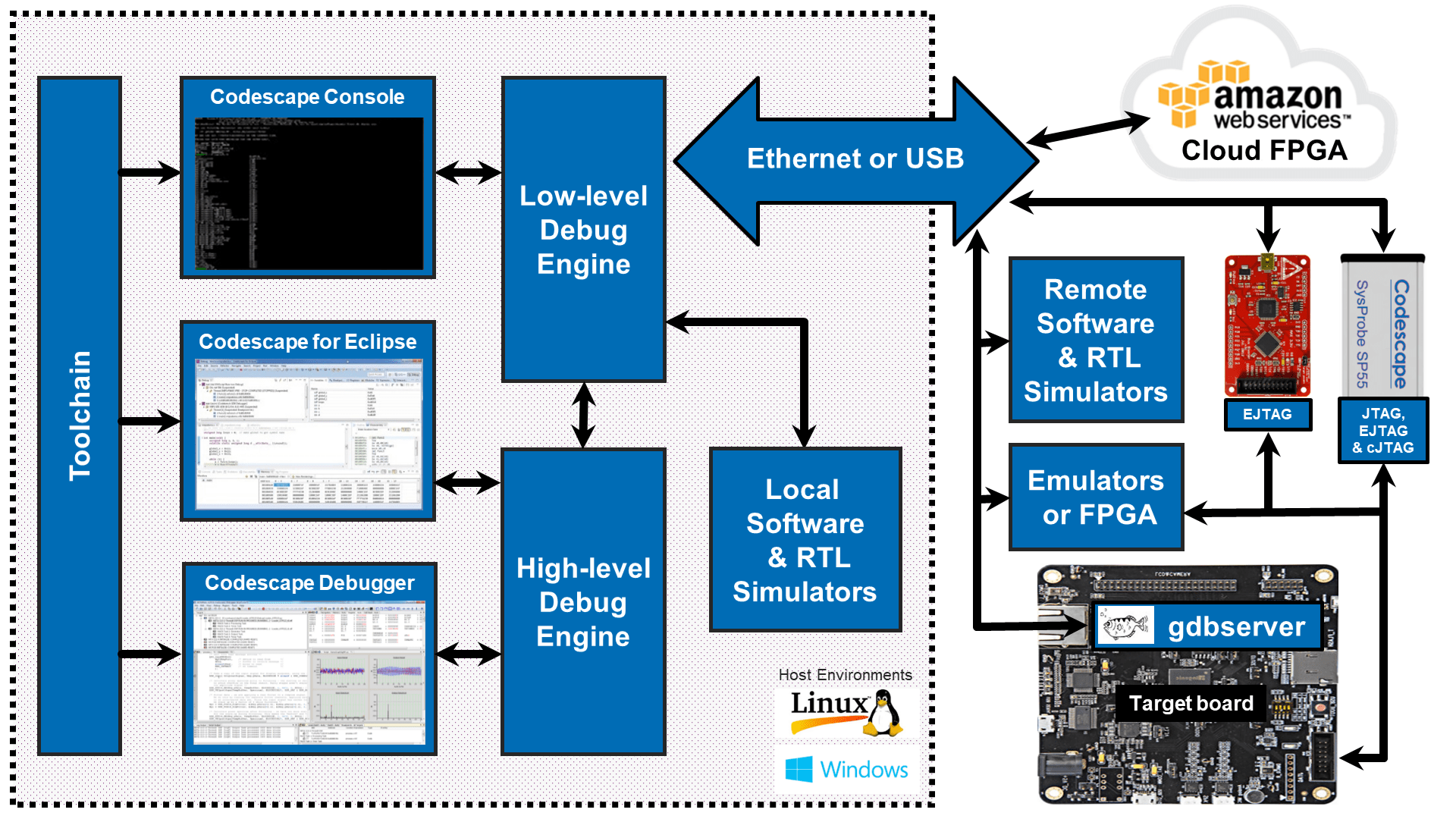 Codescape Debugger is driven from its own powerful GUI, running natively on Windows and Linux hosts. For fast, efficient debugging, it provides a host of useful debug views and features such as editable memory, drag and drop between views and real-time OS-aware debugging. For more advanced product development, Codescape Debugger has many state-of-the-art features such as built-in graphical scripting, a fully-annotated memory mapped peripheral inspector, real-time event tracing and support for multi-SoC, multi-core, multi-VPE and multi-OS task development and debugging. 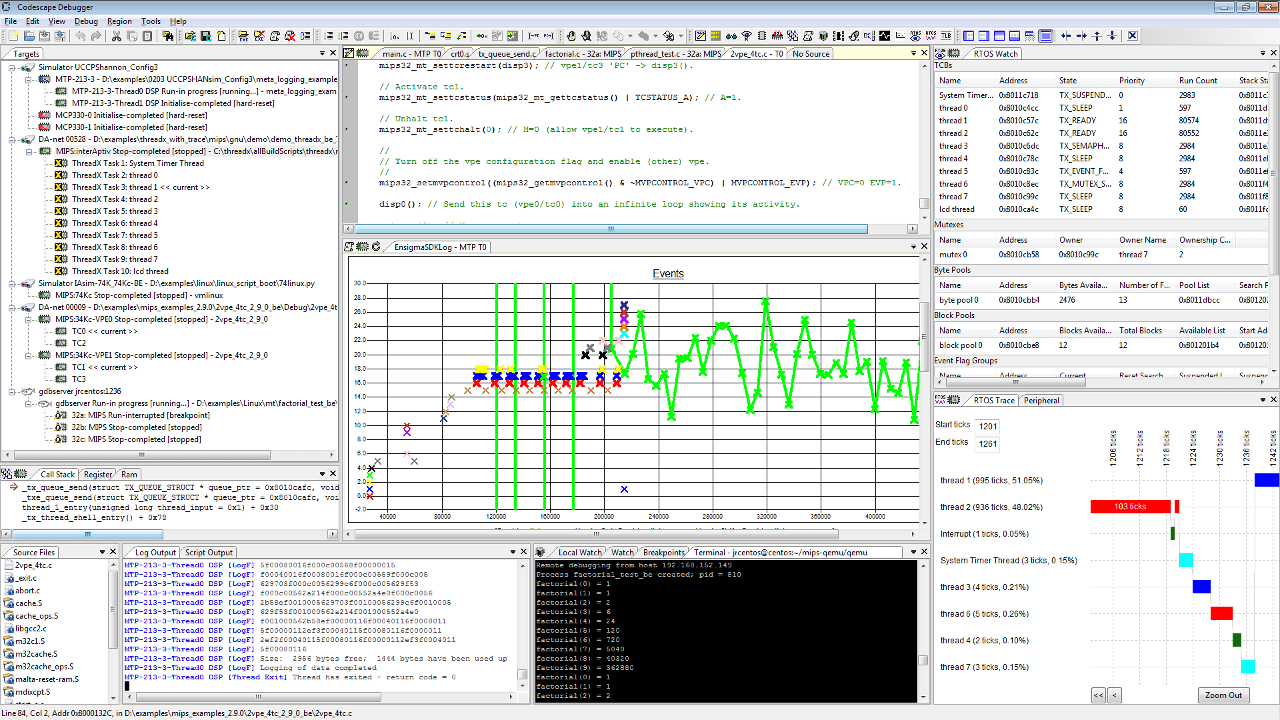 What Can Codescape Debugger Debug ?

Codescape Debugger has been designed from the ground up to have simultaneous multiple connections to multiple, heterogeneous, multi-core SoCs with hardware threads, virtual processors (VPEs), hardware thread contexts (TCs), and multiple software threads. 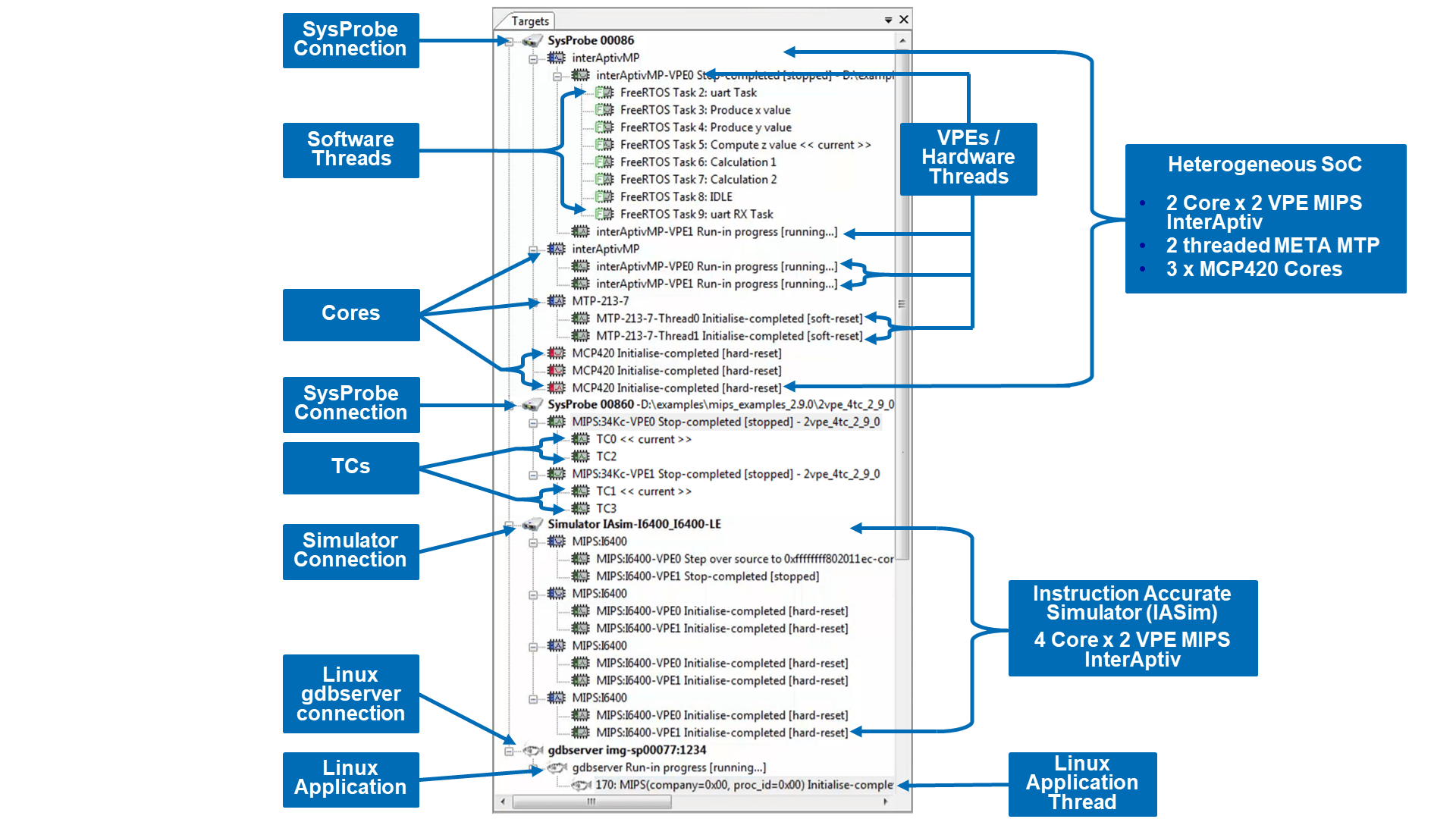 Linux applications can be debugged via gdbserver running on Linux on the target. Connecting to gdbserver over a specified port, Codescape Debugger displays gdbserver as a target, and when debugging Linux user code with multiple threads, each pthread can be debugged.

Codescape Debugger provides a host of useful debugging regions to display data, and using the extensive scripting support you can create bespoke regions and plug-ins to display your data in unique ways. Regions can be tied to specific threads, or the current thread, can be docked, floating or stacked in tabbed groups. Data can be dragged between regions and targets using intelligent, contextual drag-and-drop.

Codescape Debugger’s Make Manager provides a quick and simple way to call ‘make’ and see your build output without exiting the Codescape Debugger. Multiple configurations for ‘make’ can be specified with individually-specified parameters for each one. A  set of make configurations can be set per directory. Double click on errors listed in the Build Output Pane to locate to the source code.

Scripting can be used for…

Codescape Console enables direct access to MIPS debug probes from your host PC without using the Codescape Debugger user interface. This provides an ultra-low-level, non-intrusive, scripting layer that is ideal for target bring-up and allows you to perform such tasks as read/write memory and registers, or manually control JTAG signals, with predictable impact on the target.

In addition to this external scripting environment, Codescape Debugger has its own internal, fully-configurable, script region that supports standard wxPython to enable advanced graphical scripting for data visualization, input/output device emulation, and the creation of bespoke debug regions (see picture below). Note: you can create scripts that run both internally and externally to the debugger. 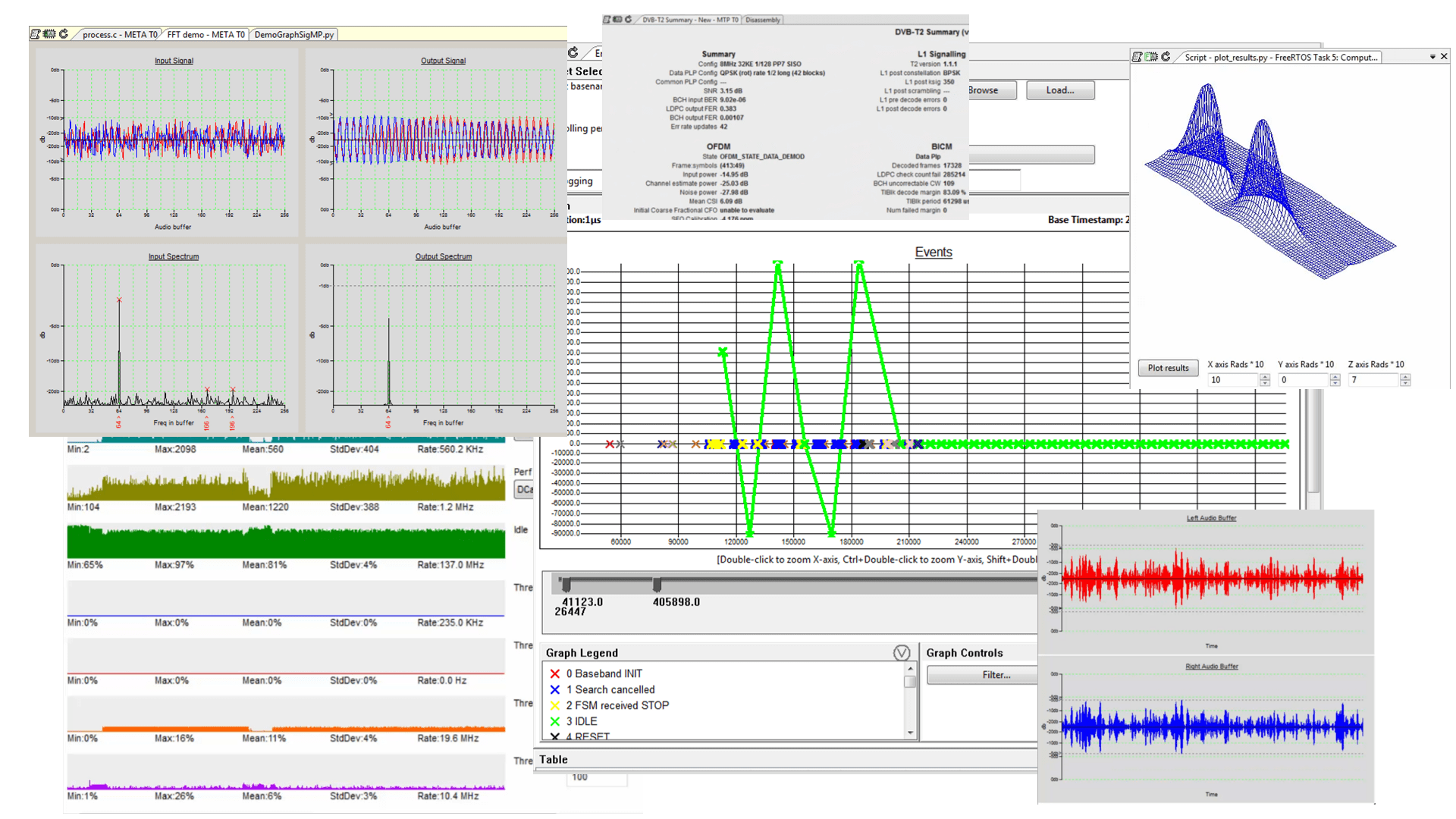 Enables you to collect statistical profiling data using a variable sample rate running at approximately 50k samples/second. Shows the number of times a source line or address is executed. The data can be displayed alongside the standard Source and Disassembly regions. Multiple runs can be merged to create a code coverage profile.

The MIPS Realtime Trace Region enables you to capture, read and decode trace data created by the saved by the MIPS iFlowTrace or PDTrace on-chip tracing hardware. Capture the trace data using either the processor’s own trace memory or by using one of our dedicated trace probes (Debug Probes).  The data captured is configurable and includes processor-specific information captured from each pipeline and from non-processor-specific blocks such as the Coherence Manager block in a coherent multi-processor system. 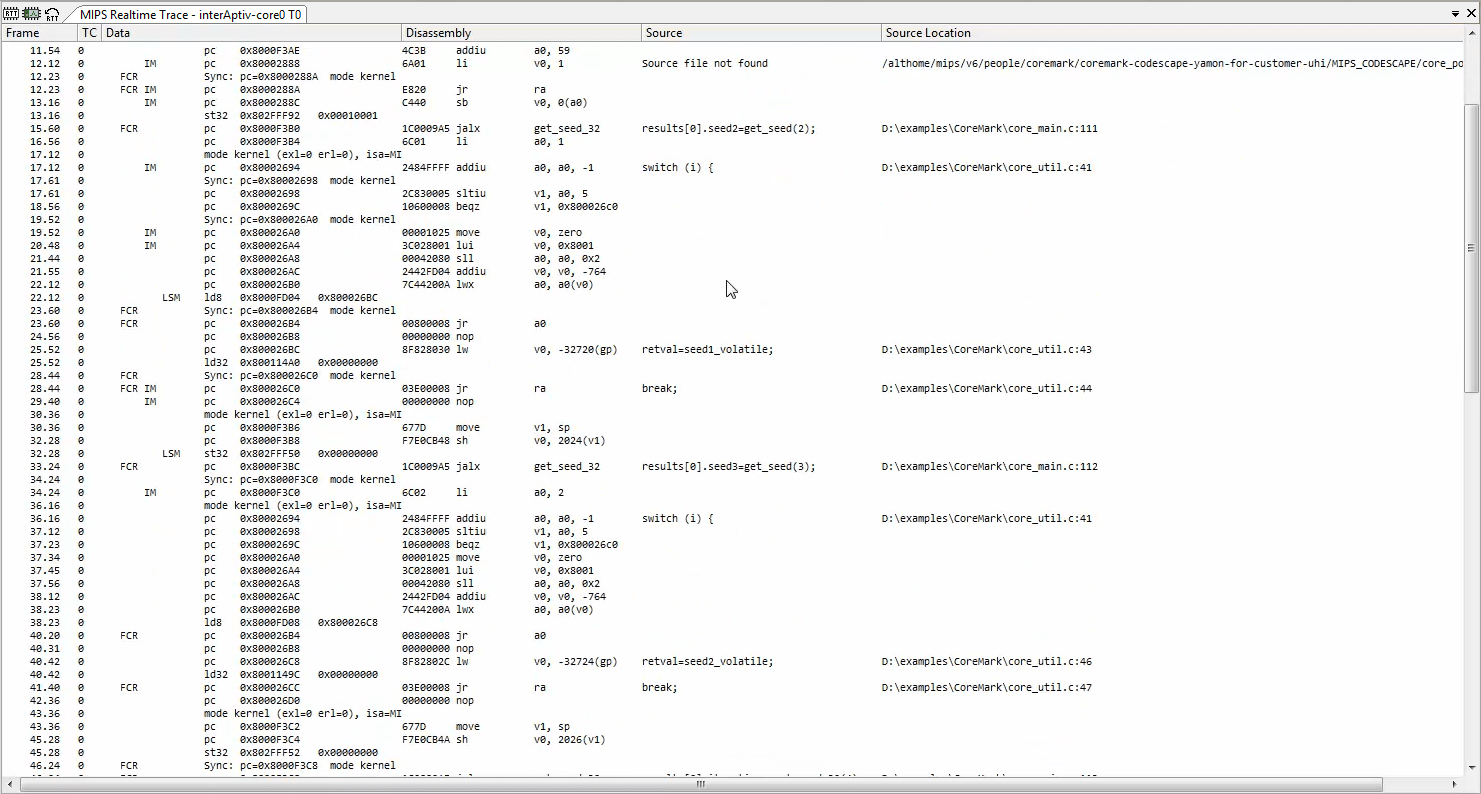 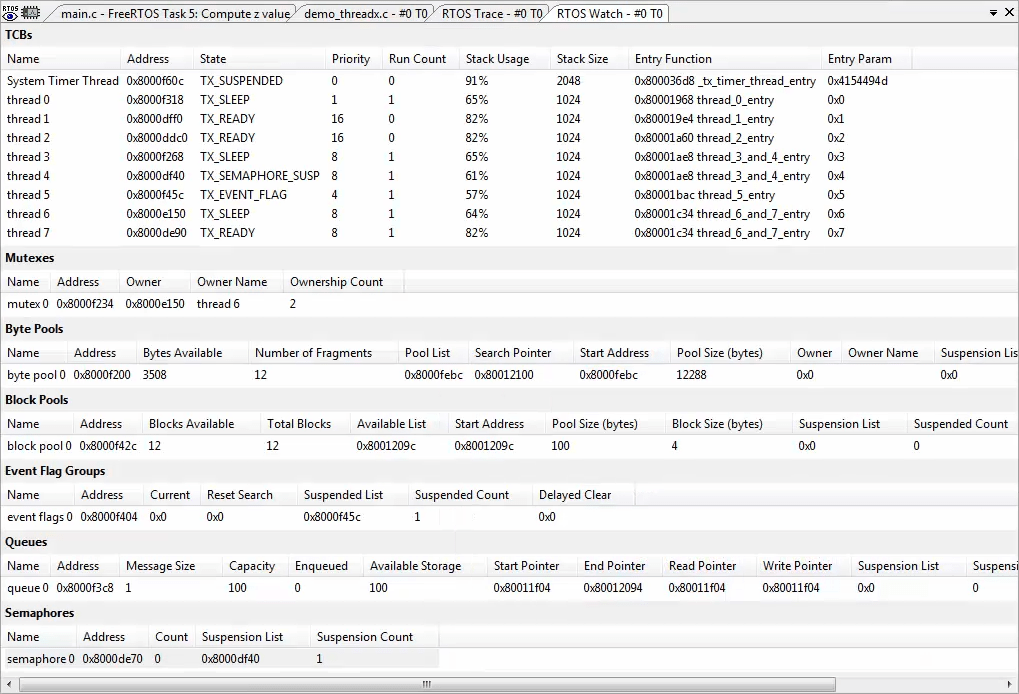 If the RTOS supports an RTOS trace mechanism, the region will read, process, and display thread execution data. 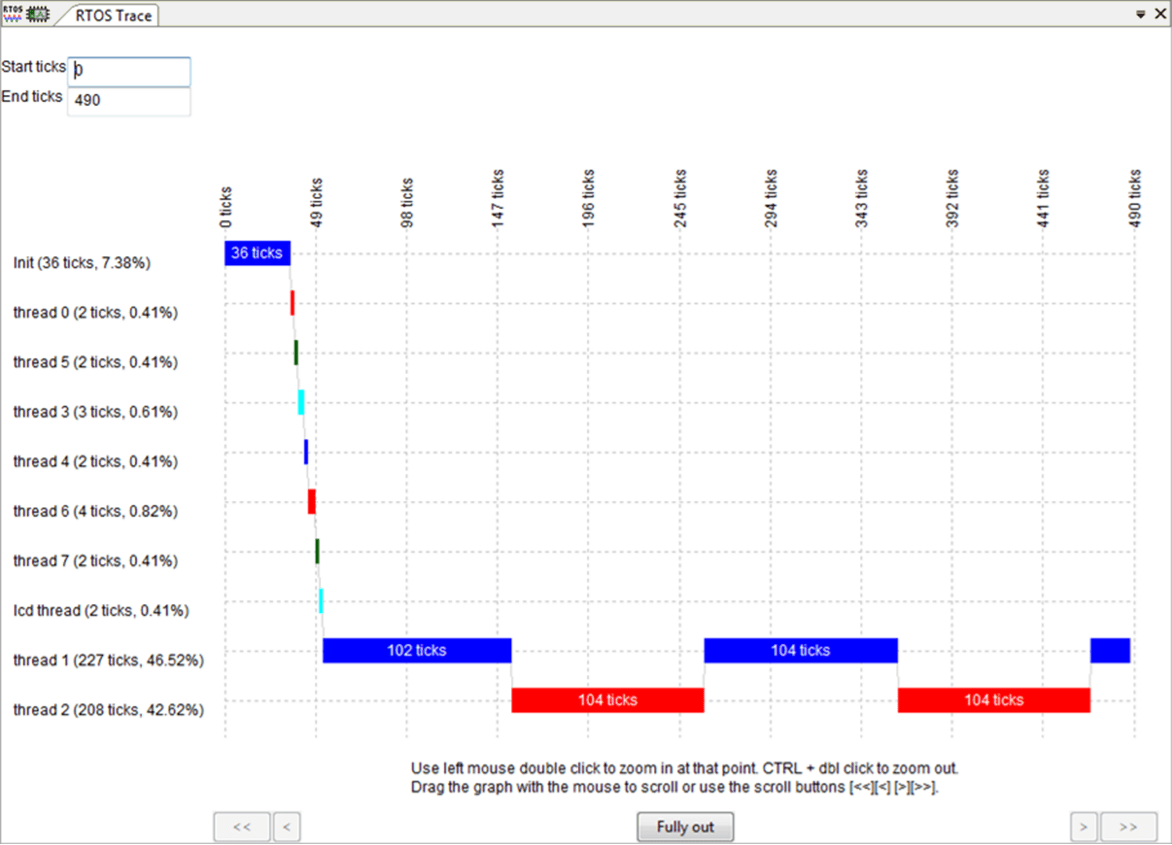 Codescape Debugger is free to use and is provided as part of the Codescape MIPS SDK.

For the range of MIPS debugger probes please click here.

Customer support and user forums and can be found on the MIPS Insider page.