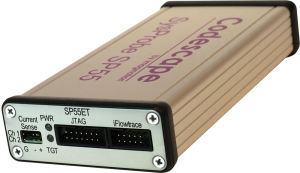 MIPS SysProbe SP55ET is the second device in the SysProbe family and adds support for off-chip iFlowTrace capture and target current monitoring.

The trace interface on SysProbe SP55ET can capture 8MiB/s to its dedicated 4MB buffer in one-shot or circular modes, or the trace data can be streamed across a high speed Gigabit Ethernet link to the host PC for infinite capture lengths.

Current monitoring provides a technique for correlating code execution with current flow on your target. Two channels can be monitored at the same time. Time-stamping enables a comparison to be drawn between current used on each channel and the code being executed at that time to identify power hungry code sequences.

The SysProbe SP55ET typically connects to the target system using a 14-pin connector for JTAG and 10-pin connector for iFlowTrace but it has the flexibility to adapt to different debug connectors and protocols via pluggable interface modules.

The debugging software is cross-platform and runs on Windows®, Linux®, or OS X® computers, communicating via USB 2.0 or Gigabit Ethernet. 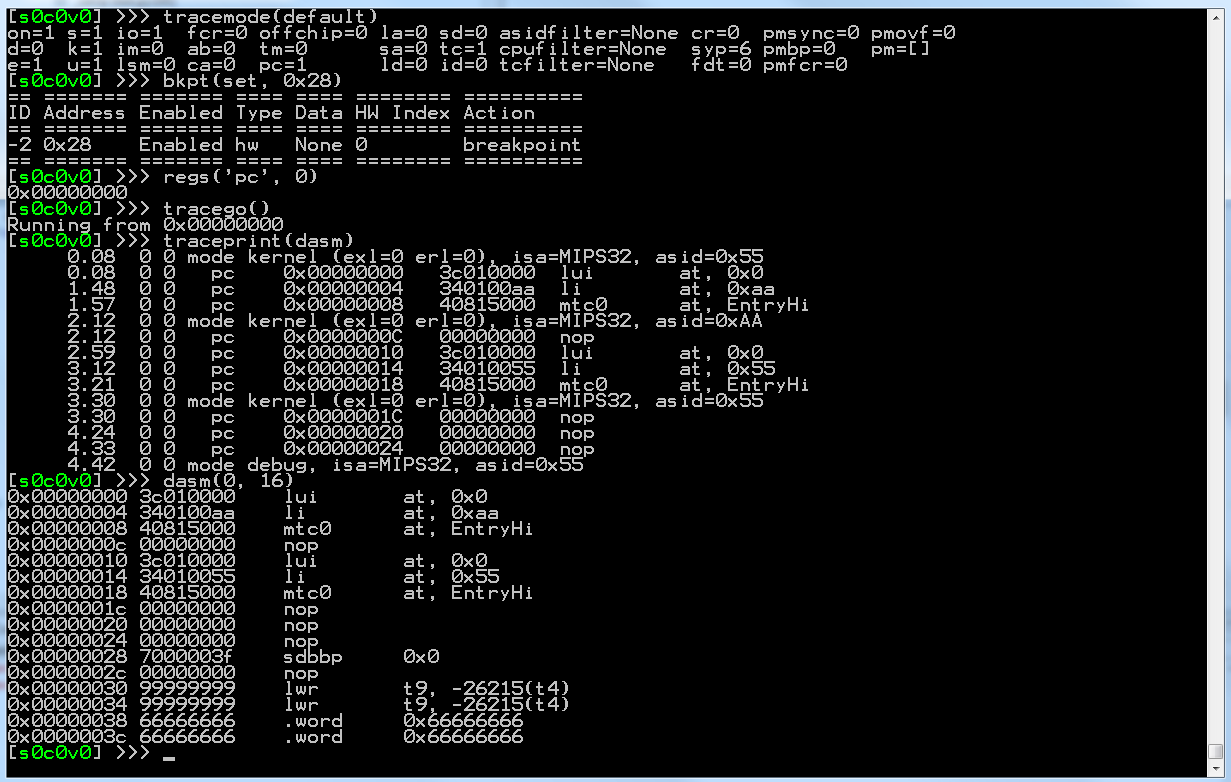 MIPS supplies an advanced scripting and command-line console, Codescape Console, which enables direct access to the SysProbe SP55ET from the host PC without using the Codescape Debugger user interface. This provides an ultra-low-level, non-intrusive, scripting layer that is ideal for target bring-up. It allows performance of tasks such as reading and writing memory and registers, or manually controlling JTAG signals, with a predictable impact on the target. Trace configuration and data capture is fully supported in Codescape Console which is based on the popular Python programming language and is fully configurable and expandable. It can be used interactively or can be scripted so you can build powerful scripts that run from the probe to automate trace data capture, perform analysis, and report results.

For source-level debug and trace analysis with a rich GUI, the Sysprobe SP55ET is tightly coupled with Codescape Debugger. Codescape Debugger is included with Codescape SDK Professional, MIPS bespoke software development and debug environment. Codescape Debugger provides a number of viewing regions and options to organize display of the code execution and target system information. Regions include: Source code, Disassembly, Call Stack, Local and Watch variables, CPU and Peripheral registers, Memory, Breakpoints, Hardware triggers, Trace, Instruction and Data Caches, and console I/O, among others.
The windowed environment is designed to maximize developer productivity for faster results and ease of use. Codescape Debugger also includes advanced features such as RTOS awareness and Linux task debugging.
The Trace regions in Codescape Debugger offer event vs time views and can be linked to dissasembly and source regions to allow ‘replayed’ stepping both forward and backwards through program execution. RTOS trace views are available for Thread-X, FreeRTOS and MEOS which displays processes, thread execution order and duration of an instrumented OS.